I suspect that my gamer friends remember the detailed example of charcter creation that I posted up a couple of days ago for the Polaris RPG, the militiaman/bartender, Marco Callardin. 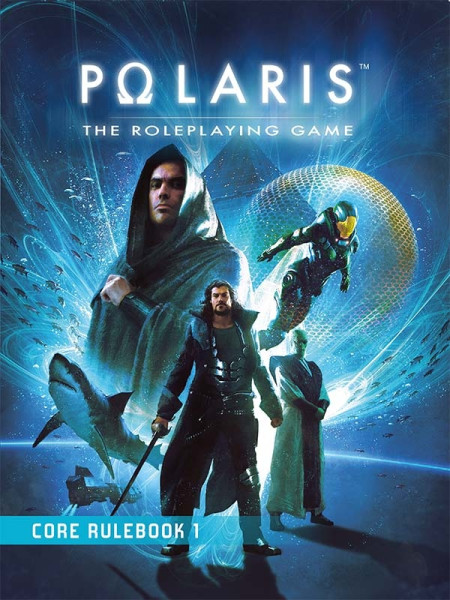 One of the regrets that I had with this first character that I'd created for the game was making him effectively "multi-classed". While I was able to fit the two Professions together nicely, I thought I'd go with my first instinct and do him up strictly as the Bartender. (But I'm going into the detailed character creation on his revision. You can check them out for yourself.) So here you go, Marco Callardin v2.

Marco Callardin was born in the city of Chiloe in the Red League and was raised in the middle class with a respect for thelaw and a sense of self-worth. Unknown to him, both his parents were low ranking botany experts for the city who worked in the hydroponic gardens, and the young man seems to have inherited an interest in plants and plant studies, though he never was able to devote himself to it. Big, relatively strong, and quite agile, with a decent head on his shoulders, Marco had aspirations to go into the military, but fate dictated a different course. He received a higher education in bureaucracy, but the military rejected him for various reasons, and Marco realised that he aspired to more than just surviving on the streets of Chiloe and heaven help him becoming a miner. It was during this time that he came to see the poverty and living conditions of the poor. He made a contact from the Coral Republic, and started helping bring in food and supplies for the folks living in Chiloe's slums. It was this contact that led Marco to consider moving to Equinox and opening up a bar, and perhaps sending money back to Chiloe for the folks that he cared about there.

Marco was swift to act. Taking all of his life savings, Marco was able to make his way to Equinox. At first, he found life on Equinox...difficult, but he opened a bar after learning about the place for several months, working at whatever jobs he could during that time, at odd jobs when he didn't know what else to do (since he still required oxygen to breathe and food). The bar is called Marco's Place, and while it's a decent-sized place (being only 18 square metres), he has a supplier from the Mediterranean Union who keeps him stocked as best he can with some of the Mediterranean Union's better vintages. Marco tries to keep himself clean and out of the limelight, but there are times when a man has to resort to violence to keep the peace in his bar. That's what his bat, nicknamed "Itsy", is for. But he's also grown a bit restless, and is tired of hearing tales of derring-do and the like, and he remembers his days as a Red League citizen who wanted to see the world and find out what life was all about.

Contacts: A customs inspector on Equinox who keeps him informed from time to time about incoming arrivals from the Red League; and a former Red League security man from Nazca, who dwells in the slums, and lets him know of potential employees for Marco's Place.

Allies: One is from the Equinox Customs Offices, and he helps Marco from time to time with contracts and shipments coming into the facility. The second Ally is a member of one of the local gangs, who has some clout with his superiors.

Suppliers: One of Marco's Suppliers is from the Mediterranean Union, who acquires for him some of the vintages of the Med U that seem to be popular on Equinox, and a second Supplier is from one of the agrarian colonies in the Coral Republic who gets supplies through of fresh (or what passes for fresh) produce. Shipments take a bit of time to arrive, of course.

Opponents: One of Marco's Opponents is a rival barman who is envious of Marco's bringing in certain types of drink and food. The second Opponent I leave for another time.

And there you have it, the more "pure" Bartender version of the character.