And This is Why We Should Always Provide Our Data

Giant squid - from sea monster to panda of the deep.

The amazing, spinning Ampelosaurus (and its cool braincase).

Last night's gaming session was quite a lot of fun.

The Friday night gaming group played board games, rather than doing any roleplaying game stuff last night, and it went over pretty well.

The gaming group started off the night with two games of Ticket to Ride: Europe, but I only played in the first game, which I didn't win. I did a decent job on my Destination tickets, but other players just got more points. The second game, which I didn't play in, was a bit more cut-throat, as Nick and Ellie blocked each other at least three times, and both players didn't finish the major ticket and lost by a good 60 points or more each.

After the game of Ticket to Ride: Europe, several of the players wanted to play games of Poo: The Card Game and Nuts!: The Card Game, so who was I to say "No"? Both games were highly entertaining with the humour among the players that you expect for such a game, and Ellie had a good time playing both games.

After that, the players decided that they wanted to play the old Dragonriders of Pern board game, published once upon a time by Mayfair Games. This game is still one of the better board games out there from the days of yore, and plays well. While I've added some House Rules to the game that reflect the books a bit better I find, they don't decrease player enjoyment of the game, and make it more challenging at times. The game proved to be highly enjoyable, with all the players being able to play in the game (some working in teams of two). We managed to survive 25 Game Turns, though several of the Weyrs came very close to biting it during some major Threadfall events, and one of the Weyrleaders (and I'm not naming names here!) died in a Duel around GT 9. Quite an enjoyable game, and a good way to end the night.

After finishing up with Dragonriders of Pern for the night, we sat around chatting a bit and having (decaf) coffee (except for Nick, who needed the real McCoy, a little of which I keep in the house for just such occasions) and some biscuits. We talked about roleplaying and the focus of where the group is going, and that was good.

In the meantime, I need to do a few other things around the house this morning and early afternoon. Might blog again later about some stuff.

Today is actress Ruth Kearney's birthday. She is the gifted actress who played Jessica "Jess" Parker in Series 4 and 5 of the Primeval tv series.

And here's hoping we get to see more of Jess Parker.

Went out to do a bit of grocery shopping with

Let me preface the next bit...

Over in personal e-mail, I've been talking to Chad Davidson, the designer of the Heirs to the Lost World RPG, about the game and I mentioned the tables that are useful when actually running the game, and wondered if Chad would be doing a GM (in this case GD, or Game Director) Screen for the game. He said that he wouldn't due to the costs on GM Screens, but that a PDF of it might work. I asked him for a landscape format PDF of a Screen, and Chad delivered.

spross actually brought me the colour printouts of the PDF Heirs to the Lost World Game Director Screen in landscape format that Chad did up, and boy does it look nice. Here's what the exterior of the GD Screen looks like. 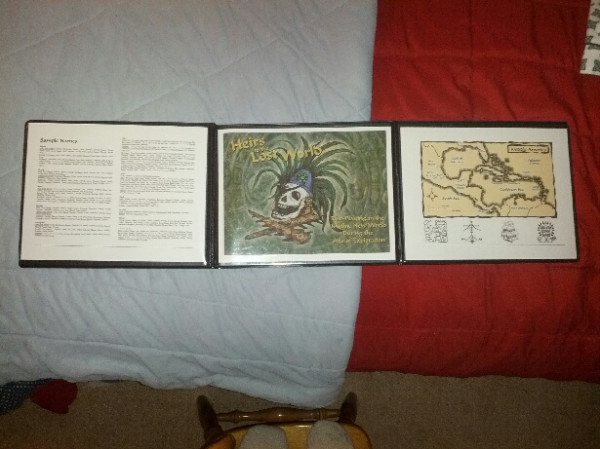 And here's what the interior of the GD Screen looks like. 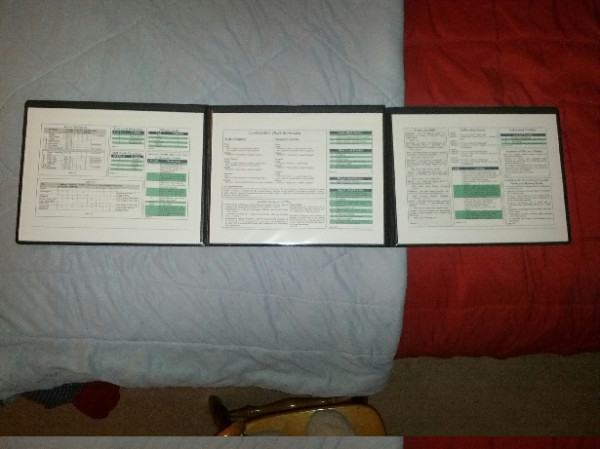 Let me add that there is also a version of the GD Screen in portrait PDF format as well, but I don't know whether Chad intends to distribute the GD Screen in the two formats, and if so how this will be handled.

Suffice it to say, lovely job by Chad, and this will make it easier and speak volumes about what I'm running at CanGames this year. :)

Time to wash up some of the dishes, and relax for the evening.
Collapse