The bug that has currently struck me down has left me today with a seriously blocked and aching head, the cough that is still wracking my chest, and I'm almost voiceless for the most part.

I called the office and told my boss that I was going to stay home, but if he wanted work out of me, I'd do that as long as they sent me the office laptop. Hearing my voice, the boss seemed pretty sympathetic, and told me to take another sick day and try and recover sooner rather than later.

I've got a couple of things to do today, including changing the linen on the bed and going to take the garbage out for tomorrow's pick-up, but other than that, plan to take it as easy as I can.

Naturalists once made a crocodile and three tortoises walk over soft pie crust, for science.

Get a behind-the-scenes peep at the AMNH's Bone Room.

Inside the Collections: Paleontology and Big Bone Room

A short snippet on Permian extinction research, with a new restoration of the weird, long-necked Dinocephalosaurus.

Climate Change May be to Blame for 'Great Extinction'

Why was Supersaurus so big? Air sacs and dinosaur reproduction, not ancient times gravity, account for sauropod size.

With the week just about over, here are the last of the photos that I'll be posting from my trip to the Canadian Museum of Nature.

But these three photos are not of creatures at the Museum. This is the stuff that I bought at the Museum gift shoppe. :) 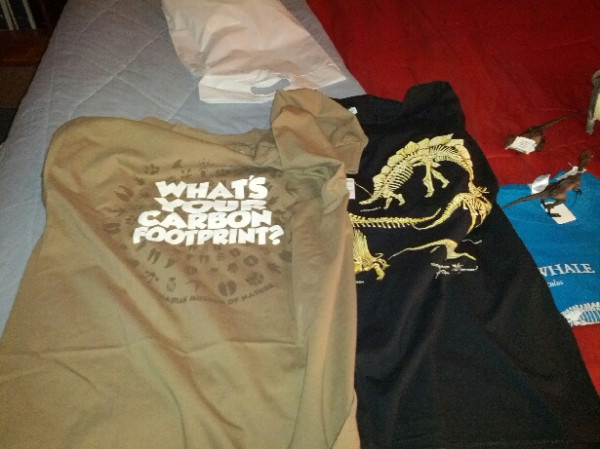 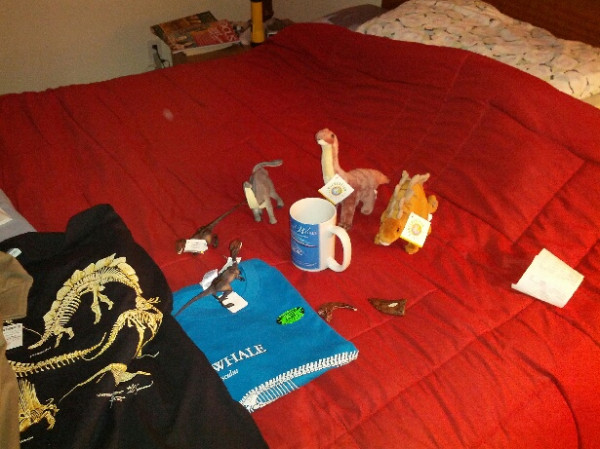 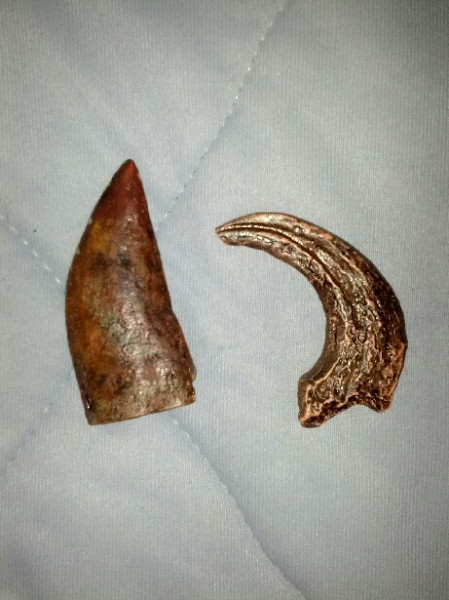