A very cold day here in the Ottawa valley.

This after a windy, snowy late afternoon and night on Saturday that has left snow drifts all over the place here near Casa Kahane.

Today is Sunday, which means that Goddess willing, I'll be gaming this afternoon with

spross and Tammy. They'll be continuing their Yggdrasill game this afternoon, so I'm looking forward to that.

In the meantime, I've got an ice pack on my right ankle. I went out for my morning constitutional, despite the slightly slippery conditions outside, and somewhat twisted my ankle a bit and seem to have pulled the muscle between knee and ankle. Not too bad, and the ice is helping. A bit of Tylenol will likely help a bit as well. :)

Today is actress Ruth Kearney's birthday. She is the gifted actress who played Jessica "Jess" Parker in Series 4 and 5 of the Primeval tv series.

And here's hoping we get to see more of Jess Parker.

For those who are gamers and enjoy their roleplaying games, today marks a historical point in the gaming industry that, to be honest, without which there might not be any roleplaying gaming going on out there at all.

D&D is a tabbletop roleplaying game originally designed by Gary Gygax and Dave Arneson, and first published in 1974 by Tactical Studies Rules, Inc. (TSR). The game has been published by Wizards of the Coast since 1997. It was derived from miniature wargames with a variation of the Chainmail game serving as the initial rule system. D&D's publication is widely regarded as the beginning of modern roleplaying games and the roleplaying game industry. I first got into gaming back in 1975 (as a young 20-year-old!) or so with the Chainmail version of the rules, then moved on to the 1st Edition rules and actually played some of the 2nd Edition rules as well, but I went on to Tekumel, RuneQuest, and then the fantasy rpg that was to prove to be my long love, DragonQuest, a game that I ran for a good 20 years or more (though I did run a couple of other fantasy rpgs during that time as well).

That said, D&D is the game that started me off on a roleplaying game journey of 39 years and counting, and to think it all started with a little game by Gygax and Arneson...!

Happy Anniversary, Dungeons & Dragons! Long may people of all ages continue to discover this roleplaying game and get involved in the hobby. Well done! :)

As noted in this journal entry, I've decided with great reluctance to purge most of my roleplaying game collection this year. I'll be selling off a large number of games at this year's CanGames here in Ottawa the weekend of May 16th, and figured that I would post up the stuff that I'm selling to my blog so folks have a heads-up on what I'm selling and all (and anyone who's coming to the convention can make me an offer or three).

This is just the first batch of stuff that I'll be selling off at CanGames, as there's a *lot* of games... so keep your eyes peeled here for more.

So, since pictures say a thousand words and all that, here's the first batch of stuff that I'm going to sell. (Yes, some of the photos are really crappy, and I apologise for that. Photos are not my forte, and the shakiness of my hands is still a factor.) 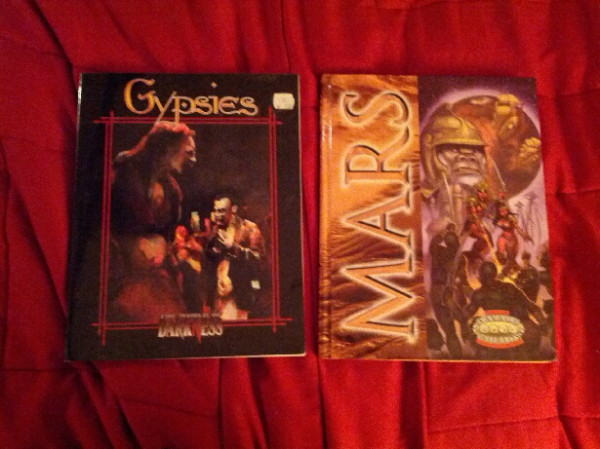 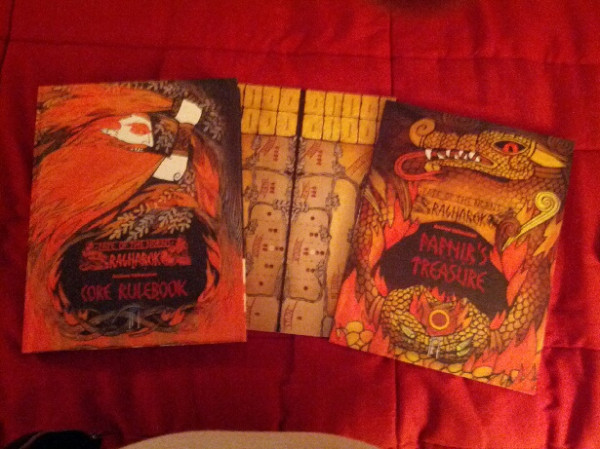 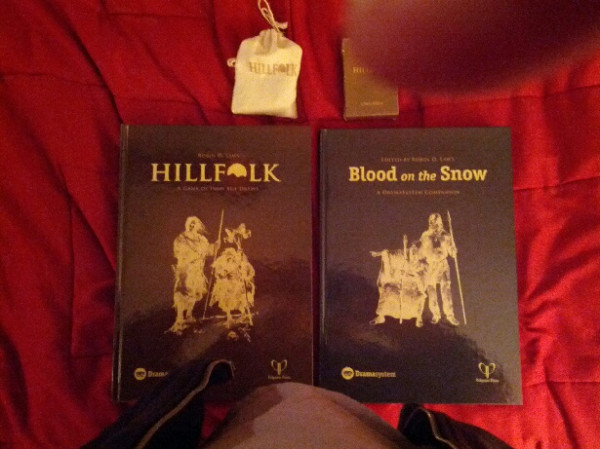 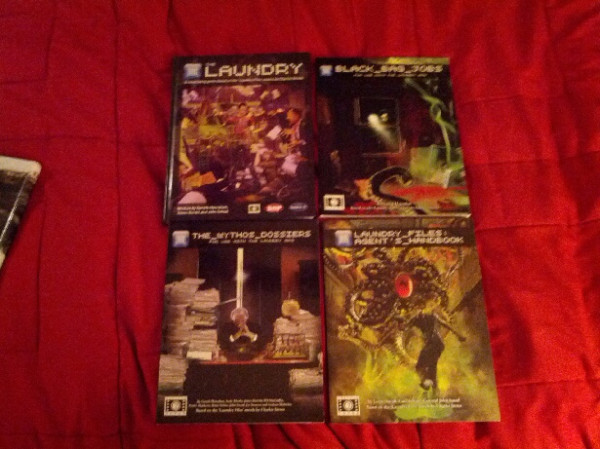 The Laundry RPG and the Black Bags, Mythos Dossiers, and Agent's Handbook supplements 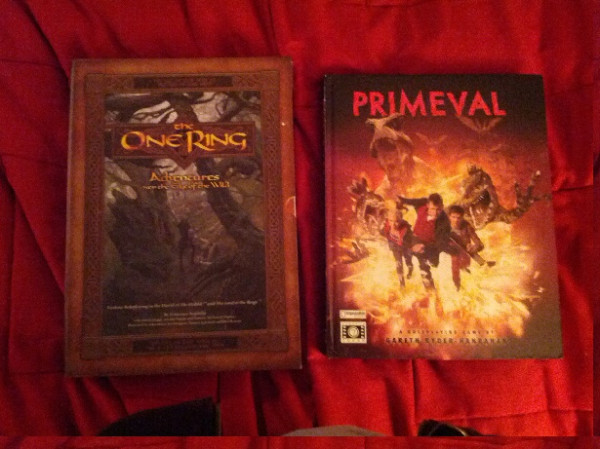 The One Ring RPG slipcase edition and the Primeval RPG

So anyone who wants to make me an offer can do so here in the Comments, or drop me an e-mail at johnk100 AT sympatico DOT ca.

I finished running the Sunday gaming session of Yggdrasill about an hour ago, but have taken a bit of a rest before writing this basic blog entry.

spross and Tammy, showed up around the usual 1:00 pm, and after a talk about a couple of other things, we got down to gaming. The session was pretty intense, as the player characters had a deadline to work to, and after a couple of random encounters and dealing with some interpersonal stuff and a bit of a crisis at the beginning, arrived at their destination. Needless to say, Hel's Meadow was not the easiest place the characters had to deal with, and achieving their quest put them through some difficult hoops and some difficult choices.

When the game ended, the players were pretty happy with the way the game had gone, though

spross seemed a bit annoyed at something (I'm not sure what). Tammy was pretty happy about how things resolved, though she did mention to me that she had worried that she wouldn't be able to live with the deal that she made at the end. There was some pretty good conflict in the session, both psychological as well as physical combat, and the players were happy with this.

Like the Friday night group, I haven't decided what I want to run this coming weekend. We'll see what happens as the week goes by.
Collapse