Tuesday morning. The first day in an abbreviated work week.

Woke up still feeling pretty sick for the most part, though it's mainly in my left ear and neck and my chest. I have a bit of a cough but nothing overly severe, though it hurts to breathe a bit. But not with any consistency.

The weather outside is wet, with the raining pouring down and not expected to abate until late afternoon, though we'll see what happens in that regard. The temperature is around 10oC, and will rise a bit more, so it's just feeling somewhat chilly. My ankle and leg are hurting, I guess from the weather and humidity.

It promises to be a busy day here at the office, not surprising given the start of the abbreviated work week, though I hope it won't just keep piling up in wave after wave on my desk.

Once I get home from work, I won't have any time to breathe and relax. I need to continue working on the Atlantis: The Second Age scenarios for CanGames that I'll be running, and I have a few other gaming things to do as well. Busy, busy, busy.

Speaking of busy... Back to the work grind. 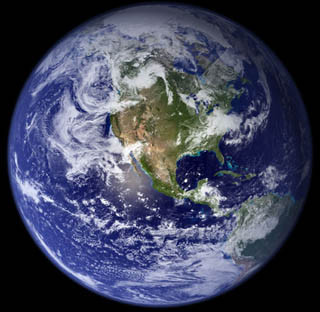 Today is the day when we celebrate Gaia, Mother Nature, and all that goes along with that. While it's fine to celebrate today and all that, please remember to treat the planet right. It's the only one we've got.

As noted elsewhere in this LJ blog, I spent Sunday afternoon gaming with the two players in the Sunday gaming group,

spross and Tammy. The players and I started once more on the Sunday campaign of the Atlantis: The Second Age, the antediluvian sword & sorcery roleplaying game based on the original game by Bard Games and later Morrigan Press, that has been revamped by Khepera Publishing.

While the player had actually created their player characters for the Atlantis: The Second Age game almost a year ago, that was done using the playtest files as well as some material from the two earlier editions, Sunday afternoon's game session involved going through the character generation process with the rules from the Khepera edition book, and a couple of other sources as well. So once more, this was more a matter of making the characters consistent with the actual rules, though since both players decided to create characters from scratch (the game system calls the player characters "Heroes", so I'll be following that convention from this point on), it was a somewhat different process.

Once both players arrived, I started with going through some of the background of the game with the players, but got somewhat confused and muddled due to the state of my health that day, and had to clean up my act. Neither Tammy nor

spross had ever played Atlantis: The Second Age in any of the previous incarnations, although it's possible that the latter has looked at the earlier version(s) of the game. And this is the second "official" go through the character generation process, so...

The players created one character each for the Atlantis: The Second Age RPG, and it was an interesting process, though somewhat frustrating with both players at times. I went through each step of the character generation process with the players - Character Concept, Race, Culture, Profession, Walk the Life Paths, and Other Details - and the players did a decent job of it.


Here's an idea of what the player characters created...

spross - Steve surprised both Tammy and myself by creating a Tauran (Minotaur) Hero, and making him a Sorcerer to boot, from the Hellas region. Needless to say, they're not really suited for the most part to magic, as they start with a -2 to MR, and by the end of Monday, he had told me that he'd change the character. In the end, he went with the Anubim (Jackal-man) sorcerer, instead. But I've no details on personality or background. One of his Life Path incidents connected his and Tammy's Heroes, so we'll see where that goes.

Tammy - She didn't want to play a mage type at all, and decided on a mercenary from Saturnia. The character has an interesting couple of quirks and twists through her Life Paths, and these promise to make the character interesting. That said, all of Tammy's characters are interesting, so this one will likely be doubly so. :)
*****

The process took quite a long time. Most of this was due to the fact that

spross is such a slow writer that it takes forever for him to put things on paper. Tammy could have created two, maybe three, characters during the time that it took for SteveR to do the one. As per usual, the two players created their Heroes in something of a vacuum, without a lot of real, solid connections to one another. So we'll see what happens.
Collapse