The start of the work week here in the middle of October. So far, it's been a very busy day (and it's still relatively early), so I'll see how things progress.

Gaming yesterday was a lot of fun (some of which I posted about on Twitter yesterday), and the board gaming session went really well and I relaxed and forgot about some of the other things in my life. I'll blog about the gaming, with some photos from that, later today.

This afternoon I have a hospital appointment to find out the results of the tests I had back the first weekend of October. Not looking forward to this at all. ::crossing fingers::

Anyway, time for a cup of herbal tea, and then back to the work.

Yesterday afternoon, I spent a rather pleasant session of gaming with the Sunday gaming group.

Since I wasn't feeling up to running a roleplaying game, it was decided that we would play some board games, although I had specific plans. hehe 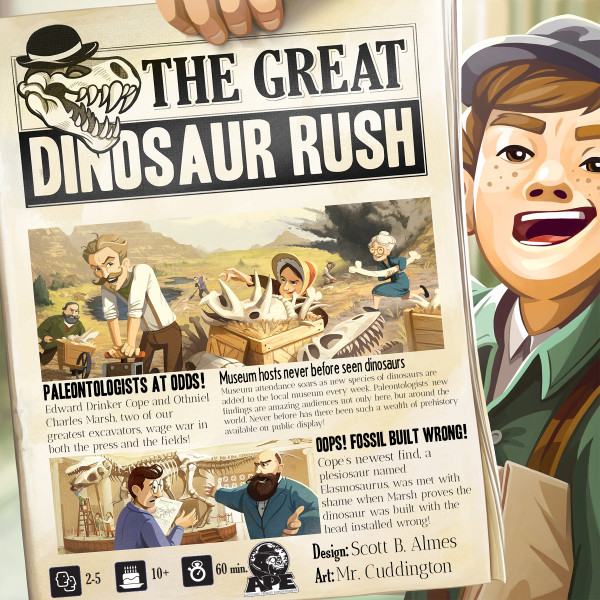 Once the Sunday gaming group showed up, Tammy,

spross and I decided that we'd take the new game that I received, The Great Dinosaur Rush from APE Games, for a play. It was a good decision, and a fun afternoon of gaming. We set up the board game on the table, and got ready to play as I explained the basic rules of the game to the players.

I'm not going to go into the rules here - you can read about them over on the APE Games website - but they're quite simple, though the most complex (and fun!) part of the game is dinosaur building to mark the close of each game Turn. Suffice it to say that we played a couple of games, and had loads of fun. Here's some photos that I took during the course of the games. (Sorry for the occasional blurry photo here.)

A humanoid dinosaur, sort of. Or maybe an alien: 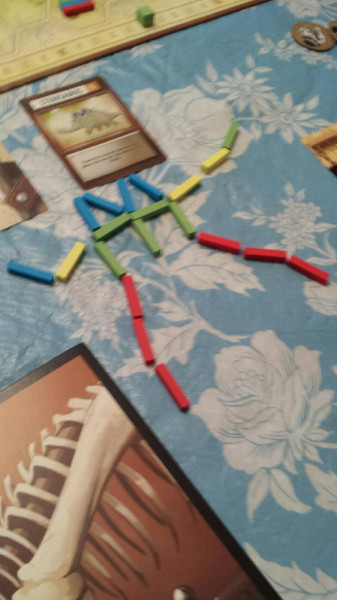 One of SteveR's mistakes early in the first game. An attempt at Monosaurus. He forgot that each dinosaur built had to have two limbs (the red bones): 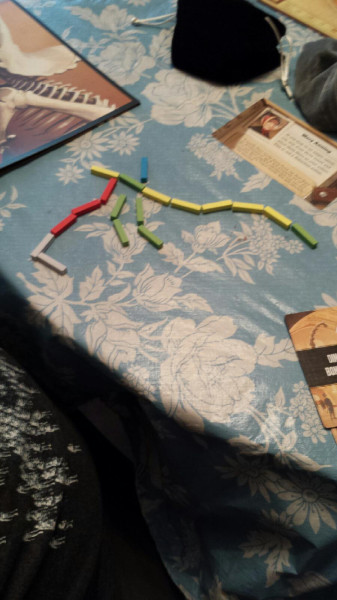 My first dinosaur build of the game. Rather nice, but a bit wonky in the limbs area: 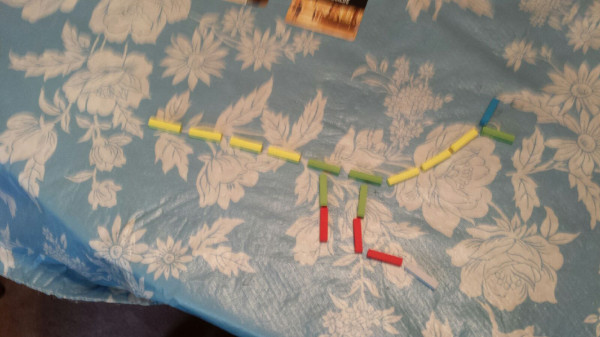 Here's the game board near the end of the first Game Turn. Lots of dinosaur bones claimed during the Turn, and the Publicity of the museums got a good workout. :): 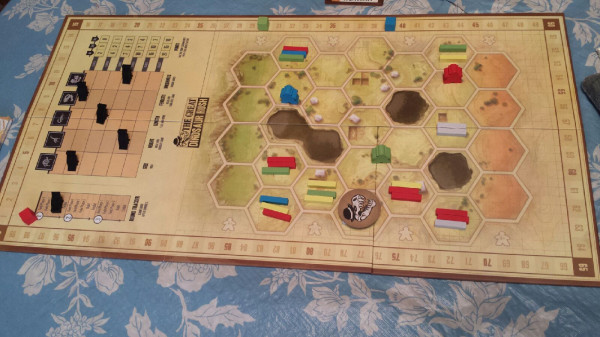 A fishy kind of dinosaur, don't you think: 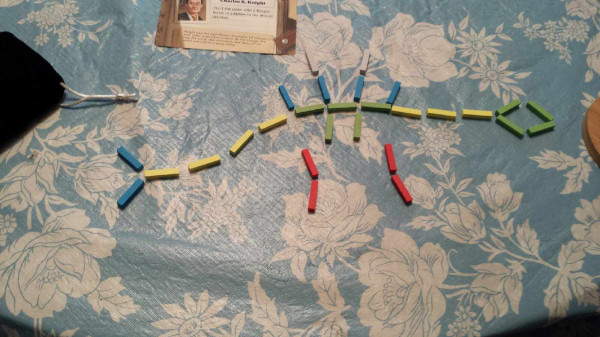 A winged dinosaur or bird/reptile thing, though I'm not sure it's by the book and adheres to the dinosaur building rules. Still, fun: 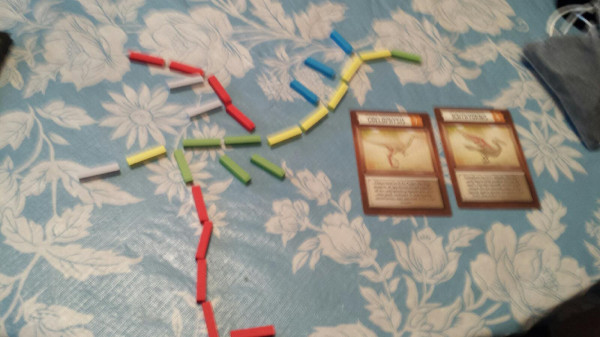 And last, my favourite beastie of the afternoon, Hopalongasaurus!: 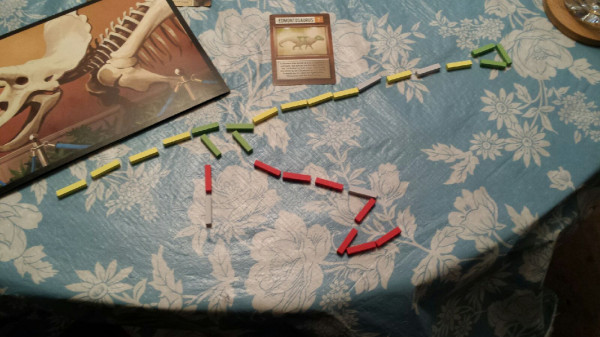 There were a couple of glitches with the rules that we had, but those will be easily resolved with the help of the folks at APE Games. Nothing that interfered with our enjoyment of the game, though.

Still, as I said, a really fun and enjoyable afternoon of board gaming and a relaxing time as well. APE Games has a real winner on their hands with The Great Dinosaur Rush. I'm looking forward to playing many more games of this one!