Had a very busy, very hectic day here at the office.

The fact that I have what appears to be a head cold, and am having definite problems with my feet is just adding to my misery today.

I can't wait to get home from the office today, but that won't be for a few more hours now.

Just hope that it's warmed up a bit outside.

2017. The new year. Another year to see what my reading for the year will be like.

Thus, as is my standard usage of my blog space at or near the beginning of the month, I present the listing of my January, 2017 reads.

Up the Line by Robert Silverberg (r?)

The Witches of New York by Ami McKay

Further: Beyond the Threshold by Chris Roberson

The Bear and the Nightingale by Katherine Arden

A Monster Calls by Patrick Ness

And thus started my year of reading for 2017. I have to say that I was quite pleased at the number of books and other stuff that I read in January, as it seemed to be a slow reading month to start off the new year, though I obviously read more than I expected to. The books I enjoyed the most were:

Knight's Dawn by Kim Hunter - The first book in the Red Pavilions series, this is the story of a knight or soldier who wakes up in territory unknown, his memory gone, but with signs of having been involved in a mighty battle - except that there hadn't been a battle in that area for a hundred years. This story of the character who takes the name Soldier involves wizards, betrayal, battle, love, and friendship(s). Perhaps not as good as Gene Wolfe's _Soldier of the Mists_ due to its more historical basis, there's plenty to this first book in the trilogy with some mystery elements (who is Soldier, and where's he from?) that hooked me the first time I read it, and make it one of the re-reads that I like.

Hidden Figures by Margot Lee Shetterly - I have always been interested in the space sciences since I was a little boy, and was fascinated by the so-called space race. The author does a terrific job of telling the story of the African American female computer programmers and scientists involved in the U.S. Space Program from its early days. This is jot just a fascinating, true-to-life story, but it's also an inspirational one. If you've read the book, go see the movie; if you've seen the movie but never read the book, do so. You won't regret reading this superb book.

All the other books that I read in January, 2017 were very good, but the two above are the stand-outs for the month for me.

Gaming last night with the Wednesday night crew was interesting.

As mentioned in yesterday's blog entry, the Wednesday night players had already decided they weren't going to play any more of the Continuum: Roleplaying in the Yet time travel rpg, as the time travel elements were making their head spin somewhat.

Once the four players of the group arrived at my place around 7:10 pm, we sat down and discussed what we were going to play for the evening. The players are all eager to get down to some play of Coriolis - The Third Horizon RPG, but since the game is not available to me yet (but will be soon, I hope), they decided to wait on it and play some board games for a few weeks (as necessary).

We started off last night by playing a pair of games of Ticket to Ride: Europe that were a lot of fun, though I came in third in both games due to some poor ticket choice decisions on my part, and bad luck with a couple of blocked routes and a few "contested" spots. Ah, well.

With only a couple of hours left for the evening's play, we set up the Dragonriders of Pern game from Mayfair Games, and had a good time of it. Donna and Kendall got a bit too involved in the making deals with Holders and other Weyr personnel to the detriment of their fighting Thread, but we managed to hold our own (no pun intended), and agreed that there was no clear cut winner by the end of the two hours or so of gaming.

Overall, a fun evening of gaming that went by rather quickly (or so it seemed), and David and Donna told me when the evening was over that it was a fun time compared to the last couple of rpg sessions that we had done. Kendall kept her own counsel on the evening's play, but Crystal said that she'd had a lot of fun (though lost badly in one of the TtR: Europe games).

No idea what we'll do gaming-wise in a couple of weeks. I guess that depends on snail mail. :) 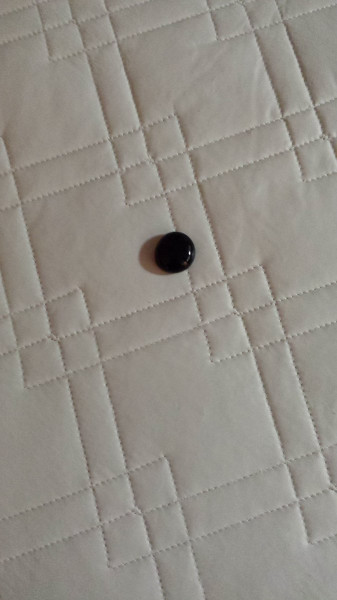