Last night, the Friday night players agreed to once again forego their regular game session (they were playing their Coriolis - The Third Horizon campaign) in order to do some playtesting for me of one of the scenarios that I'll be running at CanGames 2017 starting this coming Friday (May 19th).

The players arrived at my place around 7:00 pm, and we chatted for around 10 minutes about the past week and Real Life(tm). The players said they wanted to test out the Coriolis - The Third Horizon scenario they had done before, and I was perfectly willing to do so. 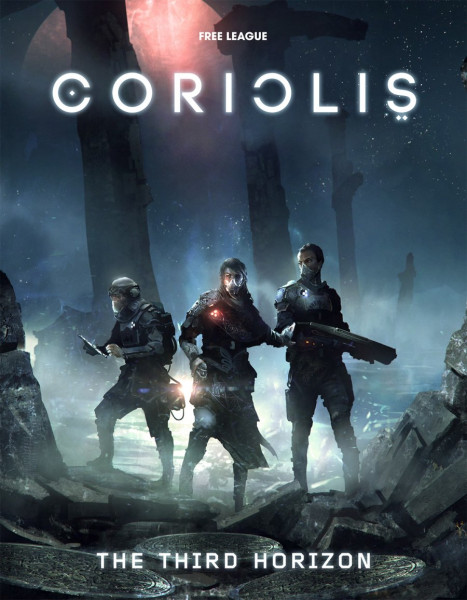 I won't discuss any of the details of the playtest session here, other than to say that they played through the "Dark Flowers" adventure once more, and that it went really, really well. So well, in fact, that I came up with an improv solution to one of the situations the characters found themselves in after they came up with (what I thought was) a highly innovative way of handling it. I managed to fit the adventure into 3-3/4 hours, and that worked out quite well, the characters accomplishing pretty much all that was desired of them. A new hiccup arose, but that was easily dealt with.

Overall, a great playtest session of the Coriolis - The Third Horizon scenario I'll be running at CanGames in six (!!) days. Can't wait for the next running of this adventure - at CanGames!! Hope to see some of my blog readers and tweeps there! :)
Collapse