Yes, it's been a few days since I posted anything to the blog.

To be honest, I've not had a lot to say. And have not been feeling up to snuff.

It's Friday, so I'm at work as I'm usually supposed to be. Been a very busy day, but as they say, another day, another dollar.

I'm feeling somewhat better, though I've still got the cough and I would say that my voice is around 75%. But it still comes and goes.

I'm thinking that I'll game this evening with the Friday gaming group, but am not sure yet what I'll run. That'll depend on how my voice is doing. Might play a board game, but if I'm up to it, I'll continue the Coriolis - The Third Horizon game that the Friday nighters are in the middle of. Like I said, I'll wait 'til the gamers arrive for the evening to decide on this, but I've informed them of this decision.

Looking forward to this evening. :) 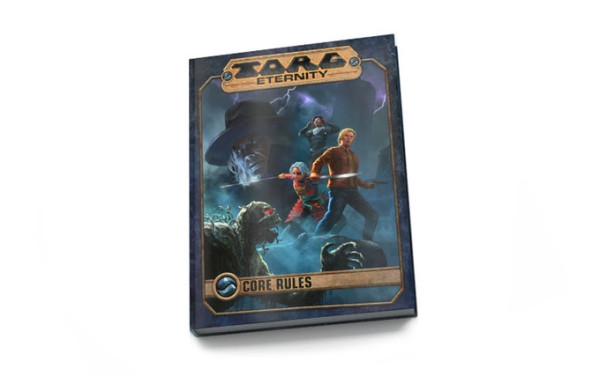 Yes, it's back...! For those who are interested, I caved in and backed the Torg: Eternity RPG Kickstarter over on that site, spending a lot of money on it. Here's the link to the Kickstarter for folks interested.

I have always been a fan of the Torg game (originally called TORG: The Possibility Wars), and really enjoyed the game and its mechanics, but stopped running it around 1992 or so. When my entire collection of TORG game materials burned in a fire in 1997, I found it difficult to find the game products at a reasonable price, and so abandoned the game.

However, now the game is back from a new publisher, but with many of the original design team working behind the scenes to make the game better than it was, make improvements, correct problems with the game, and bring it into the modern gaming environment, but still retaining its "feel" and the mechanics that made it TORG in the first place.

I can't wait for the new version of the game, Torg: Eternity, to come out. I *want* to run this game again!

Well, there's something I haven't said in a while, huh? :)

As per my post this morning, I've decided to game with the Friday night gaming group this evening. The players are delighted to be able to get back to gaming this evening, though what we're playing is still up in the air. My voice is all right, but it's not 100%, so I'll let the players decide what we play this evening.

Basically, they have several options. We can do some board games this evening, or if they prefer and I think my voice is good to go, we can continue the Coriolis - The Third Horizon RPG campaign. So we'll see. The shoulder is very bad this evening, so whatever we play, the gamers will have to bring the gaming stuff upstairs for me.

In the meantime, I need to get upstairs and clean the supper dishes, and take care of cleaning off the dining room table.
Collapse