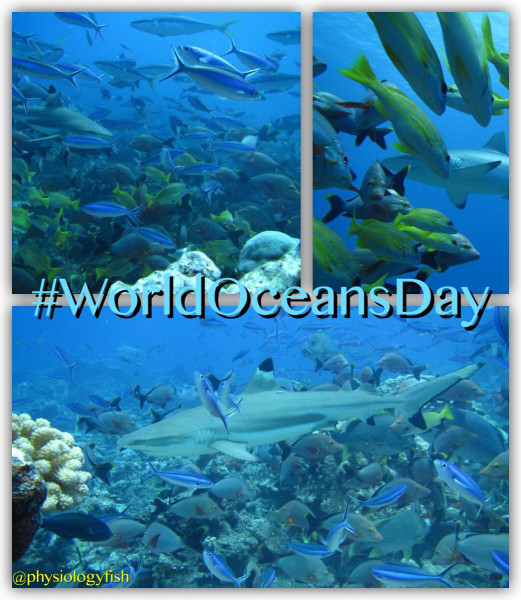 World Oceans Day is a global day of ocean celebration and collaboration for a better future. World Oceans Day has been around since 2002, and was officially recognised by the United Nations in 2008, recognising June 8th as the day. Not sure what this year's theme is, but individuals and organizations across the planet are taking action for prevention of plastic pollution in our ocean.

The oceans are a necessary, nay vital!, part of our ecosystem, and it's the only one we've got. Be kind to the environment, not just the oceans, but also enjoy the oceans today and everyday.

The Friday night gaming group will be playing this evening, sort of.

I heard from Kathy this afternoon that she and my goddaughter will be heading out to Burlington, Ontario for the weekend to stay with friends. (The trip was organised about six months ago, so...)

In the meantime, the other three players (Angela, Mark, and Peter) have decided they want to play this evening. Since I won't be running Torg Eternity with them tonight, as they don't want to play that without Kathy and Ellie, they said they were game to play something else. So I figure that I'll run the group through a quick and dirty scenario I have in mind for John Carter of Mars - The Roleplaying Game, using the pre-generated characters from the Quickstart scenario I ran at CanGames.

Should be a good evening of gaming, and I can use the distraction, to be honest. (And no, I'm not saying why.)

Have a good evening, folks. :)
Collapse