Day 16 - Describe your plans for your next game.

Depending on what my players want to play, I'll either be running Torg Eternity, Capharnaum - The Tales of the Dragon-Marked or John Carter of Mars - The Roleplaying Game (depending on whether the latter is out yet to the KS backers, which I don't think it will be).

If I'm running Torg Eternity, it'll be just a matter of either writing a scenario for the game or using one of the old adventures from the original Torg: The Possibility Wars RPG (adjusting stats and the materials for the new game). If I'm running the Capharnaum - The Tales of the Dragon-Marked RPG, I'll be starting the players off in character generation, and then will design a scenario to open the campaign that is suited to their characters and style of play. If I end up running the John Carter of Mars - The Roleplaying Game, it will be the same situation as with Capharnaum above, character generation and then writing an appropriate scenario for the starting characters.

Over on Twitter, my friend T.R. Knight posted up a very good post about Gamemastering tips. This one is about the Top 10 Mistakes That GMs Make. And even I make some of these mistakes still from time to time. This one is useful for both players and GMs alike.

The Wednesday night gaming group played last night and continued their Torg Eternity RPG campaign that is set in Aysle. You can read about the previous session of the game by following the link. This post is somewhat long, so I've put it behind a cut for those who don't want to read about my roleplaying game campaigns. 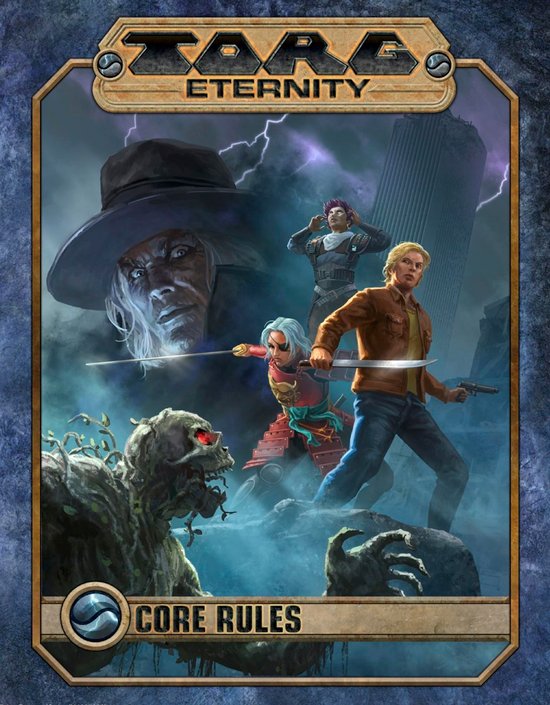 Wednesday night's monthly game session of Torg Eternity went very well, the players exceeding all of my expectations in terms of action and progression of the story being told. The Wednesday players normally game for a period of 3 hours, and we had to cut things short a bit earlier due to commitments of two of the players, but I felt that the players accomplished quite a bit in the session. The combat sequence with the arachnids was a lot of fun, Crystal commenting that it reminded her of something out of an epic fantasy movie, with the heroes desperately trying to escape the spiders. Lots of fun, overall.