Last night, the Friday gaming group met up for the once every two weeks gaming session. The Friday evening gaming group continued play in their Capharnaüm - The Tales of the Dragon-Marked roleplaying game campaign in the world of the Arabian Nights, Argonauts and Adventure. You can read about the previous session of the game by following the link. This post is somewhat long, so I've put it behind a cut for those who don't want to read about my roleplaying game campaigns. 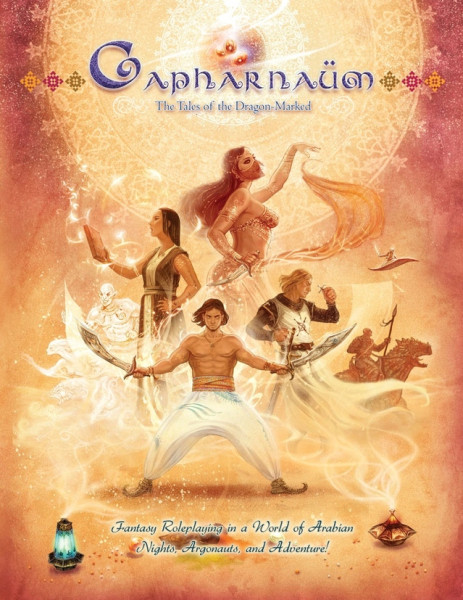 Friday night's game session of the Capharnaüm - The Tales of the Dragon-Marked RPG campaign was a pretty good one, though we did stop about half an hour early due to the fact that I was just wilting from whatever illness I've come down with. The players had a good time, and enjoyed the various interactions going on among themselves and with various NPCs through the course of the game session. The Dragon-Marked have learned a lot about what's going on, but it's a matter of putting two and two together and coming up with four. The group is also intrigued by what's going on with Edrick and Sarah, the enigmatic but flirtatious NPC!

I'm feeling a bit worse for the weather today, but really hope I'll be able to run the next Capharnaüm - The Tales of the Dragon-Marked session on the Friday night group the first week of February. We'll see how things shape up, both health-wise and weather willing.
Collapse