As noted, I've started to unbox the materials from my John Carter of Mars Roleplaying Game Kickstarter backer pledge box of goodies that arrived. The fifth unbox journal entry covered the Landscape Art Location Deck & the Character and Token Card Deck, which you can see by following the link as noted.

Next up are the photos of the Poster Map of Barsoom for the game. 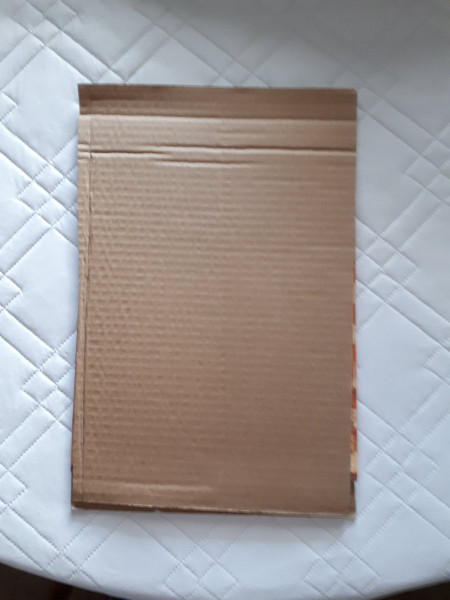 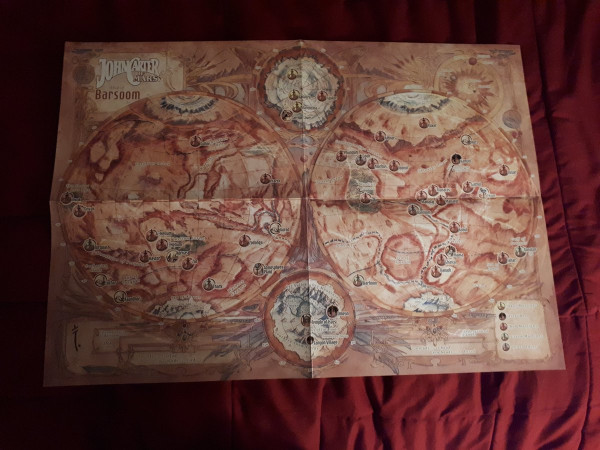 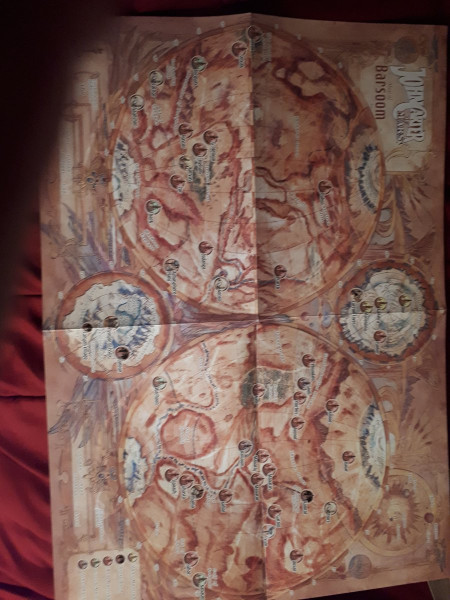 The first image shows the two pieces of cardboard that the map was sandwiched between. The Poster Map of Barsoom is a very nice, solid product. An A4 solid heavy paper map that folds to A2 size, measuring 16" x 23-1/2" (40.64 cm x 59.7 cm), this has been lovingly rendered by freelance artist and cartographer Francesca Baerald, and was developed closely with the Estate of Edgar Rice Burroughs to ensure the world map matched his original sketches and also drew on the experience of John Carter experts to produce a truly authentic piece of art. It is simply marvellous (my lousy photography skills don't do it justice), and has almost every detail about Barsoom's surface and some other features that one could hope for. 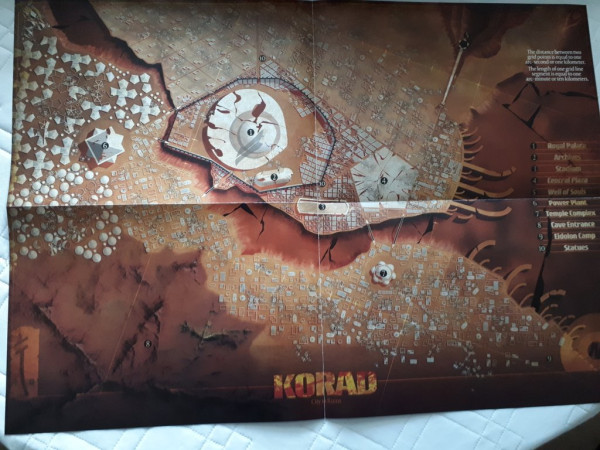 The reverse side of the map of Barsoom presents the ruins of the city of Korad. The ruins of Korad are designed to have lots of detail for any point in an adventure and draw on John Carter's own descriptions. If the Narrator needs a forgotten palace to crash land in, a vast concourse to fight your way through to freedom, or a maze of wrecked streets for a chase scene, it will be there. Beautifully rendered, the detail on this map is stunning (and again, I can't do it justice here with my poor picture taking skills).

This product was available as an Add-On for the Kickstarter, though it was included with certain pledge levels, but I'm not sure that it's available for purchase as a separate product at all. Definitely worth having for the illustrations and a good vision of what Barsoom looks like, but there are plenty of versions of the map of Barsoom available on-line for folks to use for this purpose. And the map of Korad is just...magnificent.
Collapse