There's good news, and bad news. The good news is that the days start to get longer as of today! The bad news is that it's been a somewhat snowy, not all that mild winter so far, so I suspect this year that winter is just getting started on us, and there's going to be a lot snow and cold temperatures this year1. But one takes the good with the bad. :)

1 But we don't need to be worried about climate and environmental change! Right!!!

Last night, the Friday evening gaming group came out for their regularly scheduled game session. The last session of gaming for Friday night in 2019. The Friday night gamers continued to play their sort of campaign of the Mermaid Adventures Roleplaying Game. You can read about the previous session by following the link. This post isn't all that long, but I've put it behind a cut for those who don't want to read about my roleplaying game campaigns. 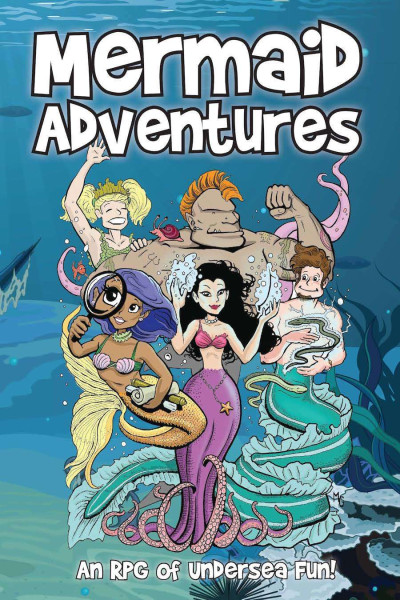 
This session of Mermaid Adventures wrapped up a short adventure and went, once more, swimmingly well (no pun intended, again). The story had a simple resolve that the player merfolk did a good job coming up with, and to be honest, while there was a good sense of light-heartedness to this game session, the players treated things in a serious manner that allowed the story to evolve naturally and for the humour to be relatively unforced. All the players commented when we were finished that they really enjoyed the simplicity of the plot and the ease of the game mechanics, but felt that the game is more suited to the occasional multi-session game, rather than as a full-fledged campaign.

Overall, this was a fun session of an interesting, fun, and equally serious rpg that has its moments. I can't wait to run the game again, though I think I'll stick with the one-shot rather than a multi-session game of it. Good, relaxing, humourous fun!
Collapse