Yesterday afternoon, the Sunday afternoon gaming group continued on with their Zorro: The Roleplaying Game campaign. You can read about the previous game session by following the link. This post is somewhat long, so I've put it behind a cut for those who don't want to read about my roleplaying game campaigns. 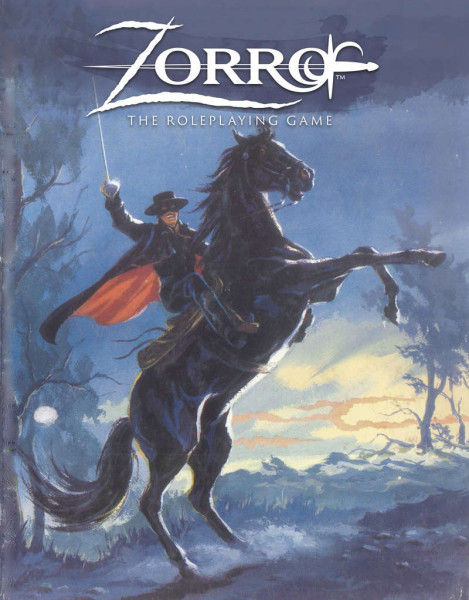 All things considered, Sunday afternoon's game session of the Zorro: The Roleplaying Game went pretty well. I was still living in the Marriott Courtyard East at the time, so the players agreed to come out and game at the hotel, which we did. Rather than play in my hotel room, the players decided we would play in the lounge in the hotel lobby, and that worked out fine. Safety during the coronavirus pandemic and all that. We started play a bit later than I expected, due to Tammy's arriving later than I and she thought she would, but the game session was quite solid and covered a lot of ground once we started play. I thought that SteveR's Miguel was a bit more passive than both he and Tammy would have liked, though things progressed nicely and the attack at the water's edge got everyone doing some stuff in the fight. SteveR made a couple of tactical errors that almost cost him dearly, but he managed to survive the fight with the bandits. Both players told me they had a good time, even if the gaming venue wasn't what they were used to.

Overall, a good session of the Zorro: The Roleplaying Game campaign, and I'm looking forward to the next session of the game, hopefully back at my house. :)
Collapse