Twenty years ago today, a terrible series of events occurred. We call it 9/11.

Once more, it occurred to me today that I was at the sf bookstore I owned and ran back in those days, Basilisk Dreams Books, getting paperwork done for the morning and getting ready to open the door, when the kind lady who owned the store next door (a video store that also sold tvs, vcrs, and dvd players) knocked on the door, and said that I needed to come to her store and see the terrible tragedy that had occurred and was still ongoing.

Needless to say, the complexion of the rest of that day was forever changed. And the world changed that day forever as well.

I want to once more offer my condolences to those who lost loved ones on that day, and my heartfelt thanks for those who toiled and struggled and bravely survived that day.

On this day, take the time to remember where you were on 9/11. And how your life was affected by the terrible, tragic events of that day.

Last night, the Friday night gaming group came out to continue their current campaign of the DragonQuest RPG fantasy roleplaying game. You can read about the previous session by following the link. This post is somewhat long, so I've put it behind a cut so that folks who don't want to read any detailed rpg posts don't have to. 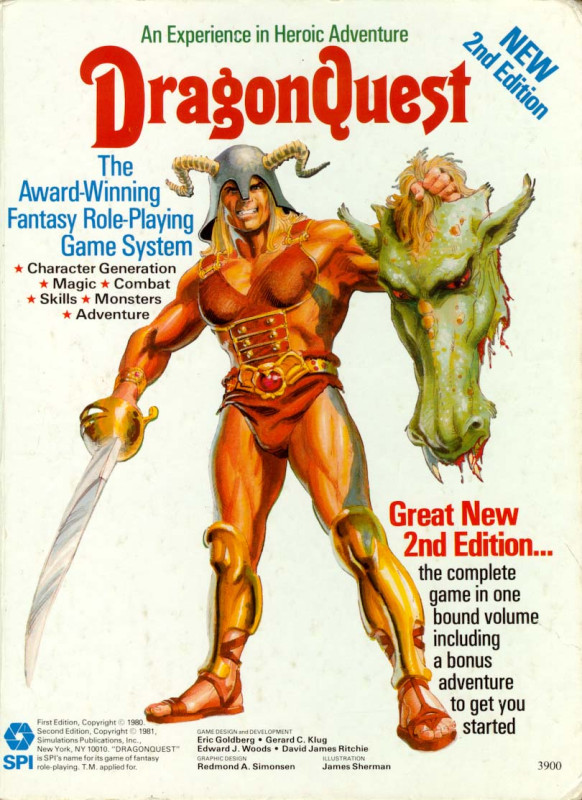 Last night's game session of the DragonQuest RPG Friday campaign was a pretty pleasant one, and had some very intense moments. From the interaction of the characters and the way there was some opposition to going in search of the ruins, to some of the atmospheric moments in the forest itself, to the fight with the *redacted!* at the end of the session, there was something in it for all the players and their characters. I used one of Peter's character's [Harvis] background elements to establish what the scenario would be about, letting Peter know a bit in advance, and he was thrilled about it all. The players told me that they had a great time of it, some of the petty squabbling being the most enjoyable part of it, and said the fight at the end felt truly frantic as they had to deal with the dogs' capabilities and and trying to get into the ruined structure. Angela said that she's really into the whole mystery of the forest, and can't wait to see what's up with that. They're quite looking forward to the next session of the game to see where things go from here.

Overall, a lovely evening of fantasy gaming with the Friday night group, and I had a pretty enjoyable time of it. I'm looking forward to the next game session in a couple of weeks.
Collapse