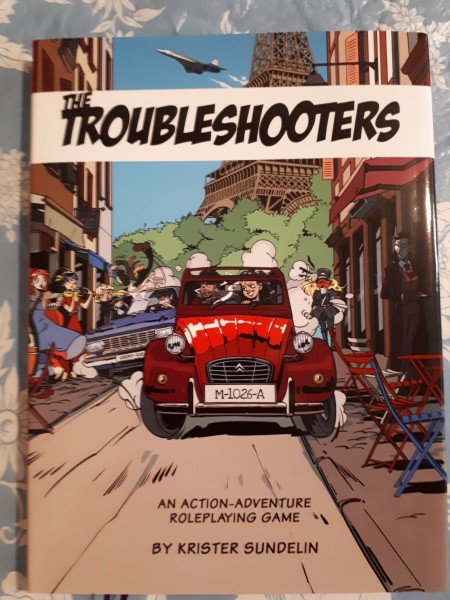 As promised in this blog entry that I wrote last Friday, here are some more photos that I've taken of some of the game materials that arrived for The Troubleshooters RPG.

As mentioned, one of the products that showed up with the City Map set, including maps of the cities of London, Paris, Bruxelles, and Berlin. So here are the four maps of the cities that came. This is followed by a photo of the map of Paris, and then followed by a close-up photo of the map of Paris. Each of these maps shows the city centre/main area proper, rendered in loving detail and are full of some neat locations that will be great to have for the game. 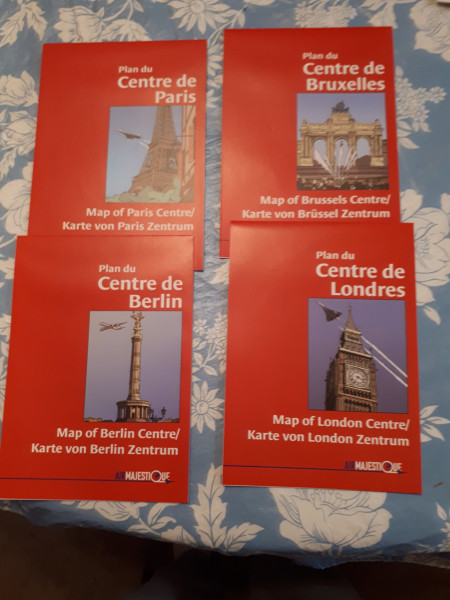 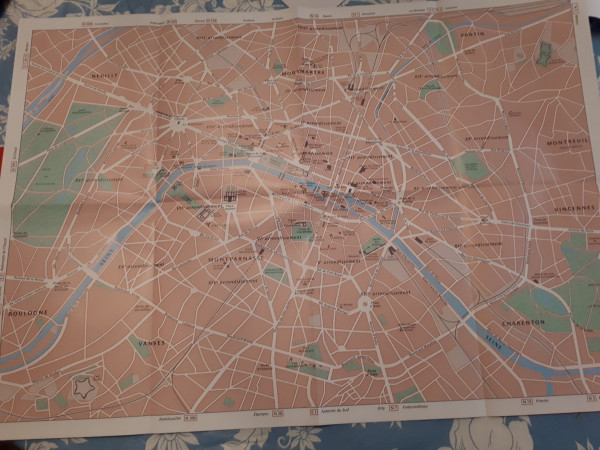 The reverse of each of the City Maps has a map of the world, showing the various routes that Air Majestique has to various cities around the world. These are rather nice to have, and provide the Director (what the game calls the GM) with a great tool to use, given the globetrotting nature of the characters as they go about solving mysteries and looking into strange and curious matters. 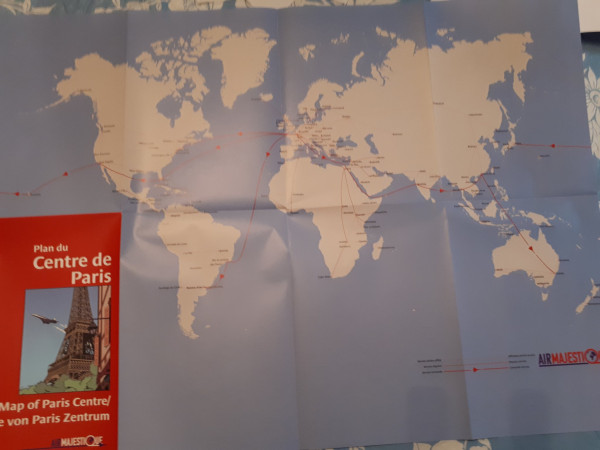 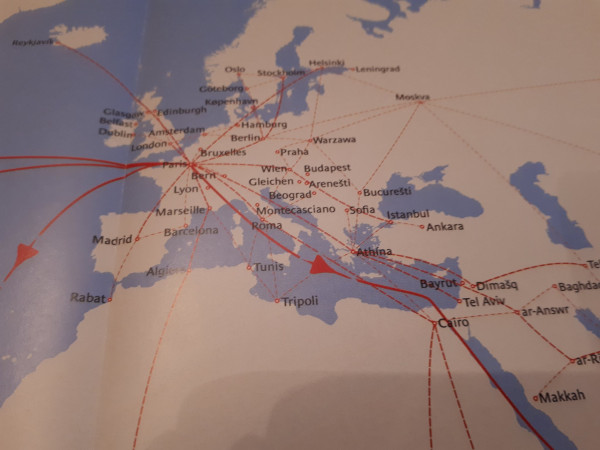 Since the player characters are going to be travelling all over the place, the game also provides for having identification papers in the form of a Passport. The game passports are, to all intents and purposes, the character sheets for the game, as well as providing space for putting stamps of where the characters have been as well as a few notes on adventures as well. The Passports come in the Standard Passport as well as the International Passport. The first photo below shows the exterior of the Standard Passport. The second photo shows a couple of pages from the Standard Passport, here with the Description section and some Contacts information. The third photo shows the five International Passports provided with the game. Can you, dear readers, identify the nationalities of each of these? :) 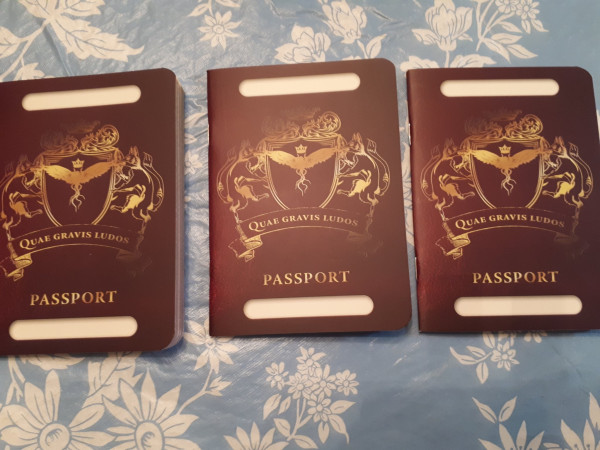 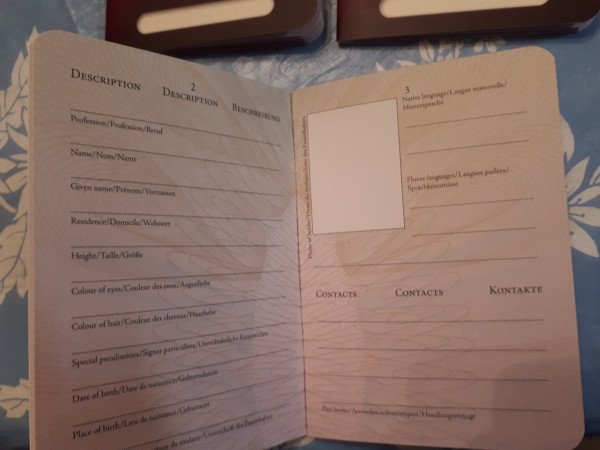 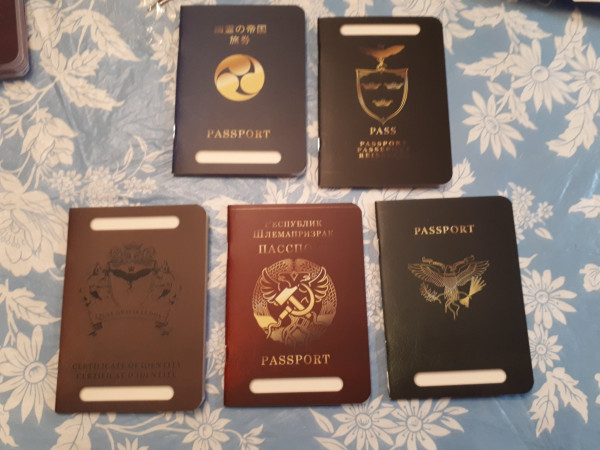 The next photo I've included here shows the various blueprints and charts that come with the game for the first adventure, "The U-Boat Mystery." Needless to say, I'm not showing any photos of the interiors of these charts and blueprints due to the spoilers included therein! :) I will say that they are lovely props and game enhancers, and look forward to seeing more of these as the game company does additional adventures and all. 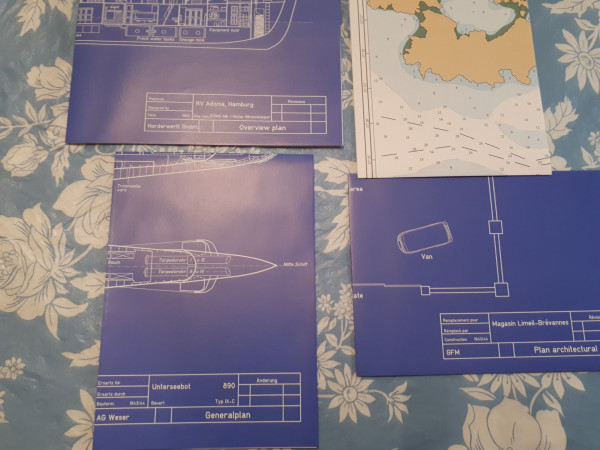 Next up, there are the dice for the game. The Troubleshooters RPG requires a set of percentile (D100) dice and around seven six-sided (D6) dice. While the Director and players can use regular d6s and d10s for this purpose, the company makes a set of dice that sells for a reasonable price, and are quite nice. They're solid and have a good colour scheme that stands out. The "target" symbol on the 4 and 5 facing and the explosion on the 6 facing are there for a reason! :) 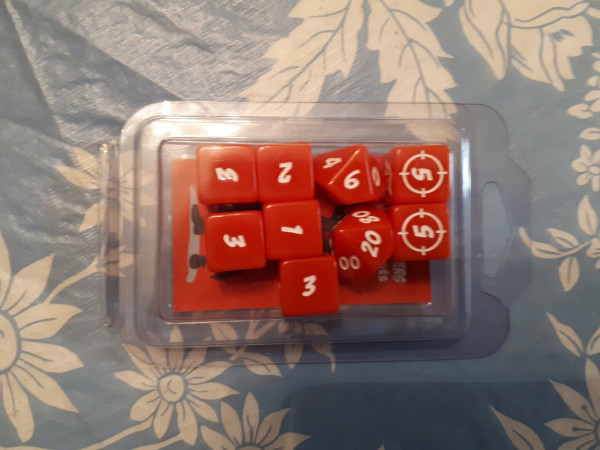 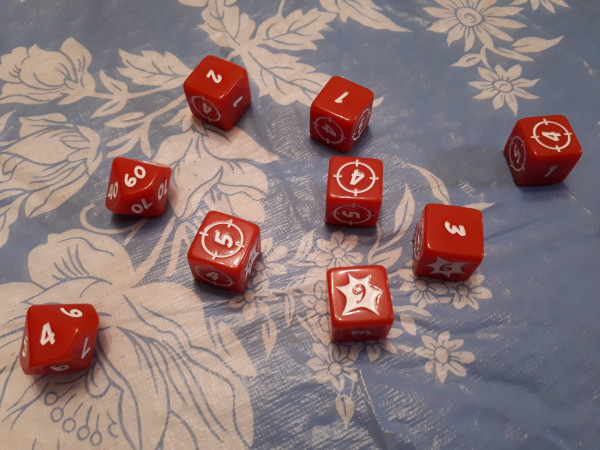 Finally, there is the Deck of Things. This consists of a deck of fifty-five (55) cards that show the various gear and gear kits that players can pick up for their characters. The cards are well executed, nice and solid, and also provide the game mechanics for the gear listed on the cards. Each card is double-sided, English on one side and French on the other. The cards are a very useful prop for the game, but are not essential. 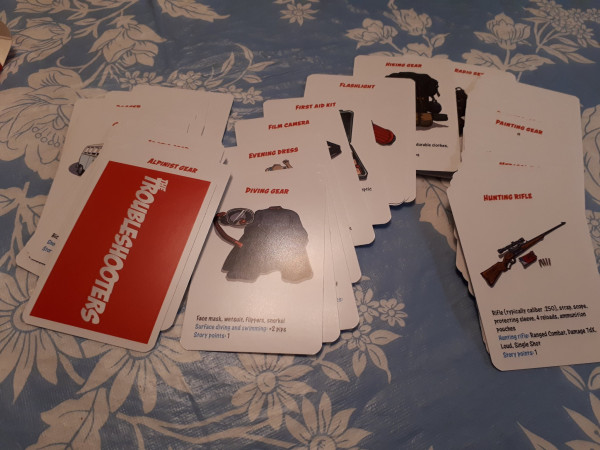 Anyway, that's pretty much all of the stuff that came in The Troubleshooters RPG backer pledge that I got for the game. There are also PDFs of each of the products included with the game, as well as several PDF products that are part of the Kickstarter that I've not mentioned here.

All in all, a game well worth the purchase - and I can't wait to run the game in campaign! :)
Collapse